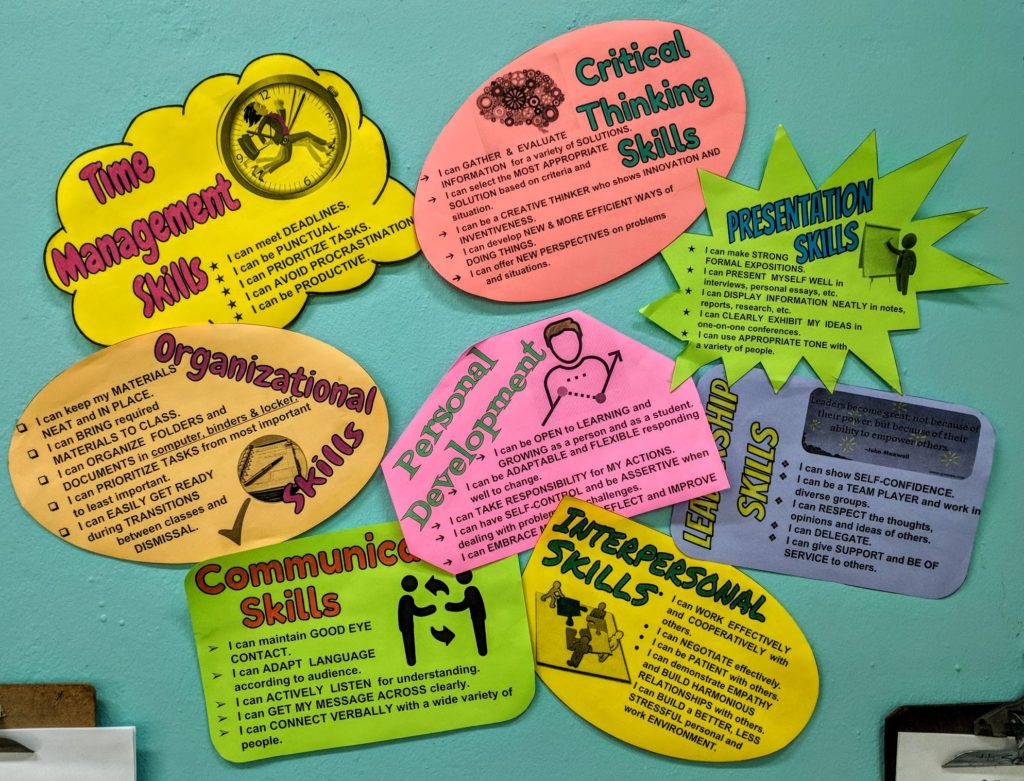 After introducing students to life skills (skills like critical thinking, communication, leadership, and time management) and embedding life skill lessons into my Language Arts class, I decided it was time to take things a step further and put students actively in charge of setting life skill goals for themselves. Although I knew improving in these areas was important, I still hesitated to take too much time away from teaching literature and writing in our classes. In order to balance the two, I decided that instead of taking an entire class period to do this, we would work on setting goals over several days, giving up the first five minutes of class in order to set goals and reflect on them.

I found that students were very honest about the goals they needed to set and about how well they did in reaching them. Some of them admitted that they really didn’t work very hard at making changes and we talked about whether or not they needed to find a new goal that was more meaningful for them.

I kept a document with all the goals they were trying to reach. This helped me observe them and give them positive feedback when they seemed to be making an effort. One of my students realized that she was always the first to put her hand in the air to answer a question, often without thinking about what she wanted to say, and then giving a rambling answer when she was called upon. Her goal was to think carefully about what she wanted to say before speaking. Whenever I noticed her shooting her hand into the air and then bashfully taking it back down to think before raising it again, I could give her a small nod of encouragement or a discreet thumbs up. As often as possible, I tried to let students know that I noticed their efforts to make change. 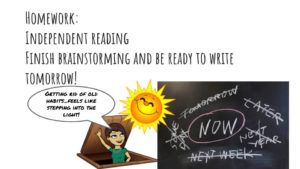 Many of my students set goals around procrastination. They realized that they were leaving work for the last minute and then feeling very stressed about completing it on time. Knowing this, I put little notes on the homework slides, reminding them not to procrastinate or giving them tips for getting started on their work.

Over the course of three months, a few students managed to reach their goals and move onto another one. Most of them were still working on their original goal but felt they were making progress, while some of them struggled to make headway. Even as students moved towards their goals at different paces, however, their reflections showed pride in their efforts:

As important as it is for students to grow in these areas, I think it’s just as important for them to realize just how empowered they feel when they set meaningful goals for themselves and strive to meet them. It helps them develop the attitude that they can take charge and make changes in their lives — and that’s a great lesson for them to learn as early on as possible.