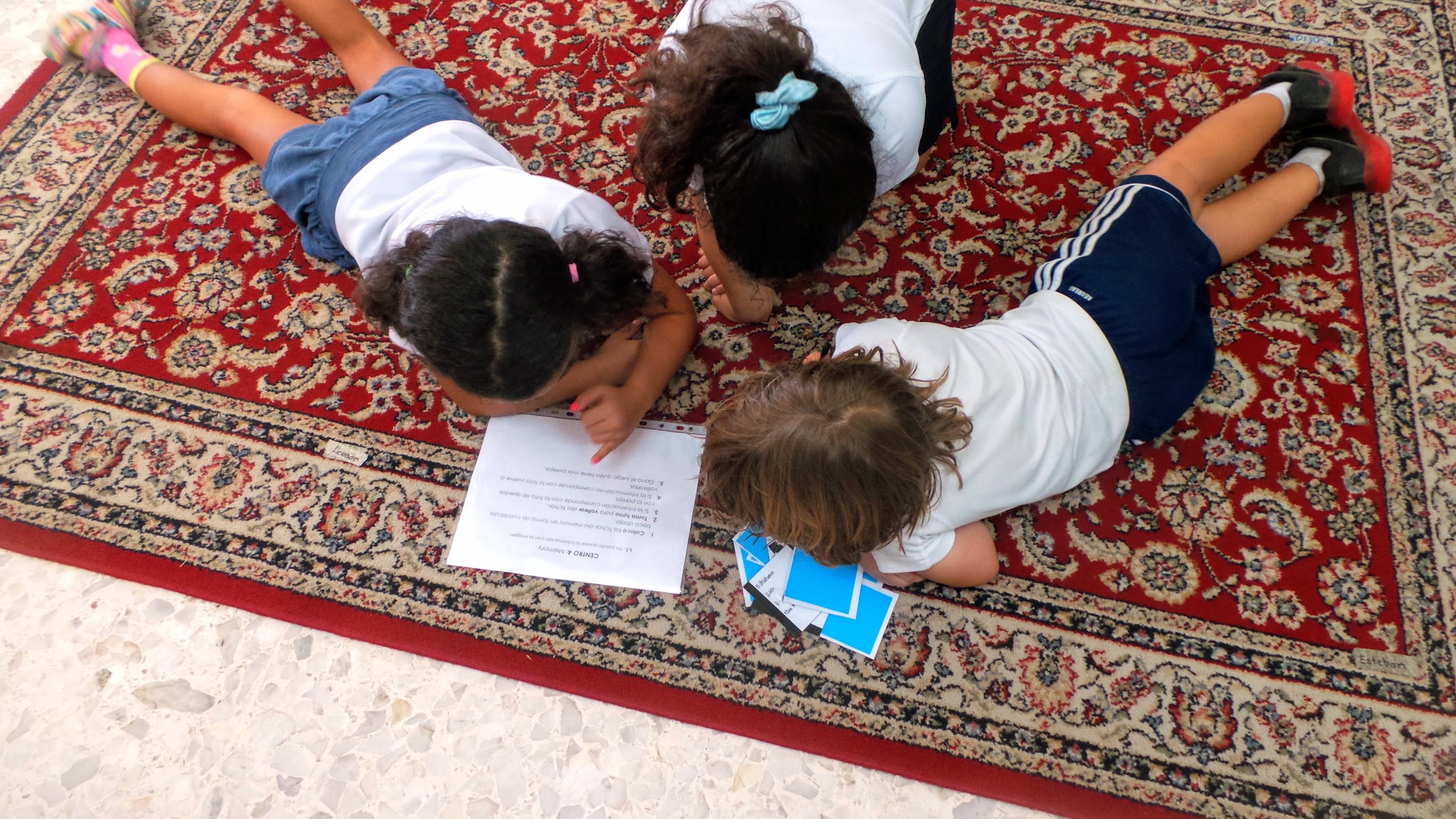 Our first grade Spanish language arts teacher, Racel Zapata, is a genius when it comes to differentiating. In a first grade classroom where students range from barely speaking and reading Spanish to mastering it fluently,, she has to be. Racel is an amazing educator. And since the best teachers are learners, she is constantly pushing herself to go further.

This year she decided to give project-based learning (PBL) a whirl. In PBL students are empowered by learning through real-world projects which are relevant to them (if you’re starting on this journey and want to learn more, one of the best sites is PBLWorks).  In her own words, PBL made Racel feel “pretty nervous.” How much would six- and seven-year-olds be able to do on their own?

When teachers try new strategies, they not only give their students the opportunity to grow, but they also model risk-taking. Below, we’ll cover how Racel stepped out of her comfort zone to put her students in charge of their own learning.

Racel wanted to prepare a unit on nutrition, through which her students would explore what eating healthily meant. At the beginning of the project her main goal was to build her students’ awareness of what a healthy diet is. As a result, she hoped they would make better decisions when it came to choosing their lunch foods. When presenting this idea to the children, they made comments like, “I don’t prepare my lunch box,” and “It’s my mother who does the shopping,” which led Racel to approach the project in a totally different way.

She began by asking the students a trigger question: “How do we get our parents to help us eat healthier?”

The students all agreed that they had to teach their parents what they had learned about a healthy diet. 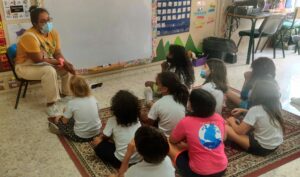 Racel liked the idea of having students teach their parents what they had learned, so she asked them to brainstorm ideas about how they could do this. They came up with ideas like writing books, making presentations, playing games, and working in centers. After a class vote, students decided on creating centers where parents would play educational games.

Racel’s students love to play games and they easily came up with ideas: 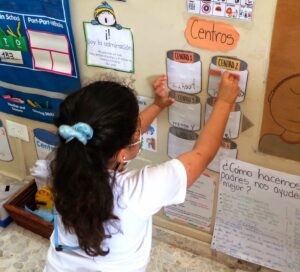 Students choose centers they want to work on.

Students worked together, researching information and coming up with ideas, with students rotating through each center so that they were all involved in the designs of the games. Each class period Racel allowed students to choose the center they wanted to work on, meaning the groups changed constantly and they had to learn to work with a variety of their peers.

3. Preparing for the big day: feedback and revision 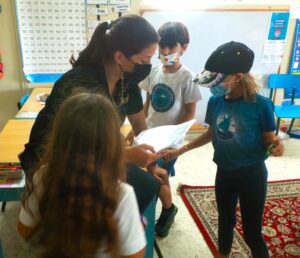 Explaining the egg hunt rules to the elementary director

Once the students had created their games, they were given the choice of which center they wanted to teach. Next, they invited teachers in for a practice run. Teachers played games at the centers and gave the students feedback. Students discussed what went well and what they still needed to work on before polishing up the games.

When planning the presentation, students decided that since they didn’t know all the parents, they should make name tags for themselves and for the parents. They decided on the healthy snacks they wanted to share with their parents as part of their celebration of learning.

Before starting her project, Racel came up with a list of learning goals for her students. Although it was important that students learned content, she also focused on 21st century competencies such as problem solving and collaboration:

The big day: exhibition and assessment

The parents finally arrived to play the games! 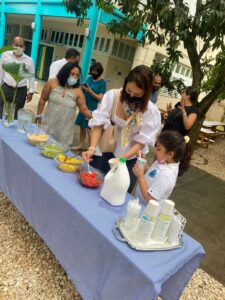 The parents rotated through the games, while the kids remained at their own centers, meaning they had to present to parents they didn’t know that well.

To end the games, students shared a healthy snack with their parents in a celebration of learning.

Throughout the project Racel was able to assess her students’ understanding of the content as well as their problem-solving and collaboration skills. During the presentation of the games, she rotated through each center to assess students’ ability to communicate what they had learned.

Racel admits that she was scared to start the project. As a classroom teacher, she says she’s used to being in control and giving up that control meant she didn’t know what to expect each day. But she says, “In the end, it was easier teaching through PBL because the kids were more engaged and they were in charge.”

Instead of sitting in front of students teaching, Racel moved around the classroom, guiding them. She worked beside them and conferenced with them, giving them the differentiated support they needed. Racel smiles: “Giving up control is kind of scary but it was worth it!”