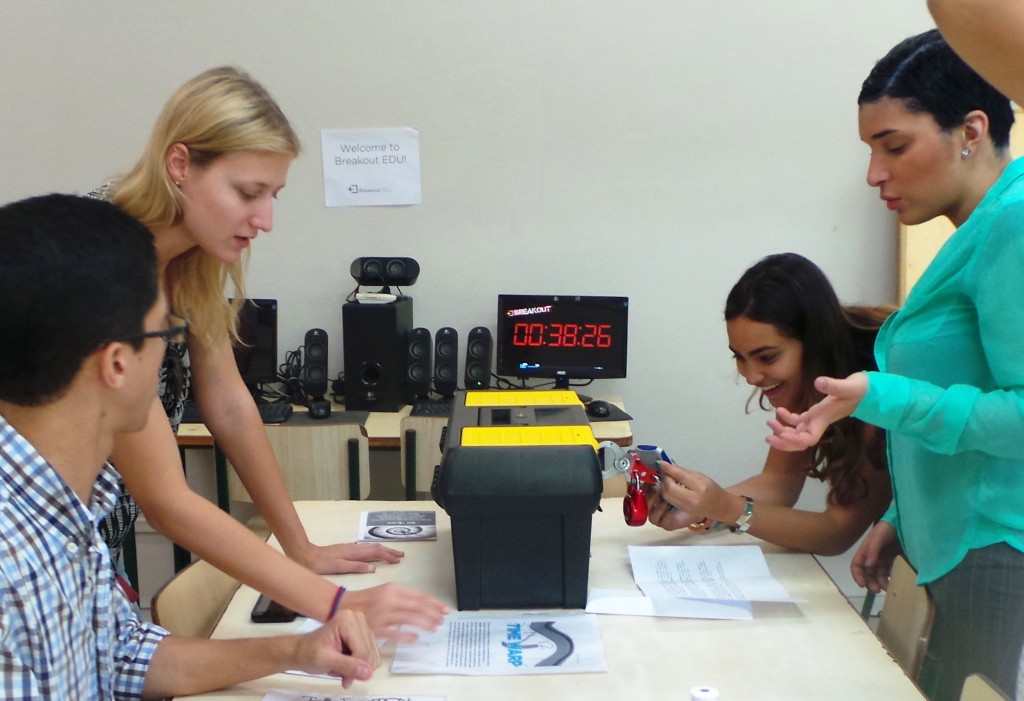 At our school, we believe that a strong school philosophy is the basis for everything. So, every year in August, we spend our first day of professional development reviewing, revamping, and discussing our philosophy among teachers and coordinators. After 18 years, it can be difficult to come up with new ways to do this — luckily, this year, Breakout EDU came to our rescue! 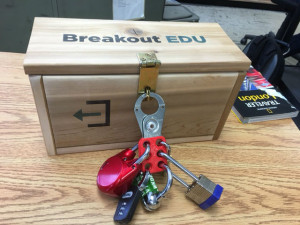 What is Breakout EDU, Anyway?

Last year, while visiting Toronto, my daughter took me on an “Escape Room” adventure. We were locked in a room with nine other people we’d never met before and had to find clues and solve a series of puzzles in order to unlock the door and escape. Not only was it fun, it was something I could easily imagine being used in school. To escape, we had to collaborate, problem-solve, use logical thinking skills, and access prior knowledge. Doesn’t that sound just like what we want students to do?

As I was working with teachers to figure out how we could invent Escape Room problems for school, I discovered that the solution had already been invented: with a series of locks and boxes, Breakout EDU creates escape games for students. Their website is amazing, with over 250 games available for teachers to use. They also have a Breakout EDU Facebook page where educators share ideas, materials, problems, and solutions. It’s extremely helpful and inspiring!

How We Implemented It in Our Philosophy Workshop 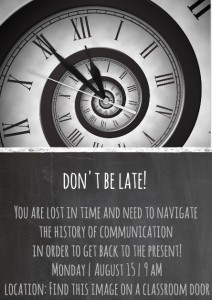 When teachers arrived on Monday morning, they found a table full of invitations waiting for them. The invitations invited them to find their assigned room and go there at 9:00. At that time, we met outside the rooms and explained that they had to find clues in order to open the mystery box. We took the teachers into the room, where a timer was set up on a computer. We told them they had 45 minutes to solve the problem, then started the timer. 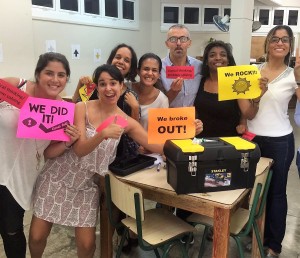 Teachers searched for clues throughout the room and began trying to solve the problems. The clues were definitely not easy and red herrings also tripped them up. We gave a few hints like: “Keep searching, you need more physical clues.” or “Hmmm, could it mean something else?” Some groups solved the challenge and broke into the box, where they found chocolate (of course) and an envelope with eight copies of a word in it and instructions to meet in the 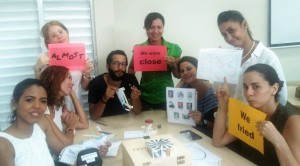 classroom where we were holding our philosophy workshop. Each group had a specific word that they’d share in a jigsaw like activity in our workshop. Other groups didn’t manage to break out in time – so we opened the boxes and gave them the words they needed to continue.

In the classroom, we set up tables where the teachers would meet with a new, different group of teachers. (Each table had seven teachers – one from each BreakoutEDU game.) They all had a different word or phrase from the following list:

Groups were given a piece of paper and markers. We asked teachers to use the words to come up with a paragraph explaining how the Breakout EDU activity represented our philosophy. We listened in on deep discussions as teachers completed the tasks. We reached our goal, with no lecturing on our part!

Breakout EDU (and any form of gamifying professional development) has some awesome benefits. It:

Finally, it’s fun! – Breakout EDU is exciting and motivating. As one of our teachers said: “I think this was my favorite back to school day ever, including my entire childhood!” It’s definitely an activity we’ll be using again, in many different ways.