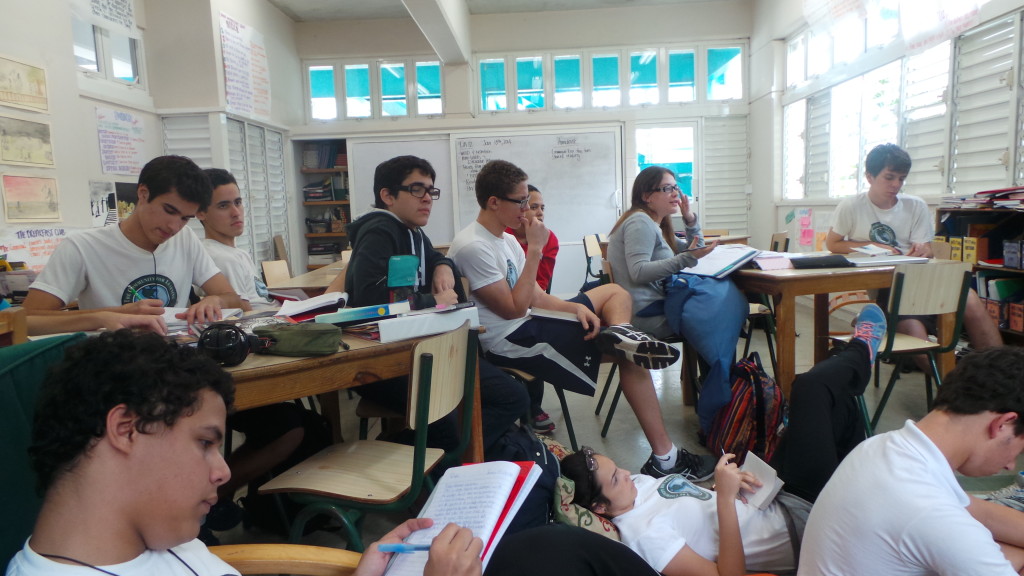 Class discussions are the heart and soul of good teaching. When students discuss ideas, they learn from each other (rather than just their teacher), they get to hear diverse opinions, and they learn to support their own opinions with facts.

However, due to certain classroom dynamics, discussions can be hard to manage and don’t always turn out the way we’d imagined. Some of the problems teachers face:

One of our Language Arts teachers, Jean Erickson, was feeling frustrated with her 12th grade discussions. The students were bright and eager, with lots of great ideas to share, but certain students tended to take over, while others remained silent. There was definitely room for growth, so she decided to take active steps to help them improve. I observed her class and was impressed by how such a seemingly simple lesson could have such a deep impact.

Jean began by asking the kids do a reflection for her. Having them take the time to think and write down their thoughts made the follow-up discussion more productive. She put on some music and gave the students the following questions to think about.

Students were very involved in writing – the topic seemed important 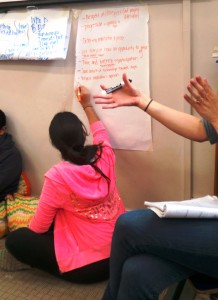 to them and they were all actively engaged. After about 10 minutes, Jean asked them to bring their copies of 1984 (the book they were reading together), their homework, and their reflection to the carpet. She asked for a volunteer to take notes as the students spoke.

Jean invited her students to share their reflection ideas. The topic obviously struck a chord with them and the discussion was fast and furious. Some of the ideas they came up with were:

Jean let them know that she agreed with everything they’d said, and that there were specific phrases they could learn to help improve the way they share ideas. She uncovered a chart with useful phrases for discussion and went over them with the class. She told them that she especially wanted them to focus on agreeing/building on and clarifying. 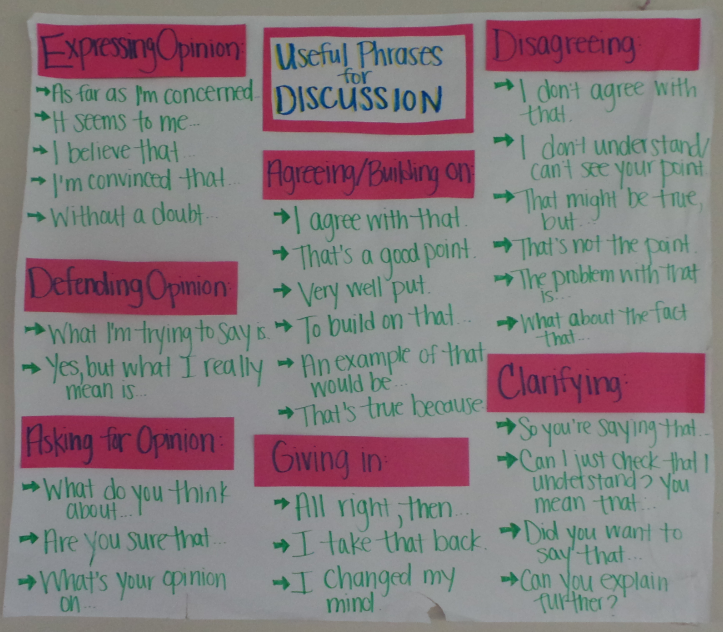 Finally, Jean asked them to take out their homework and began to discuss their ideas. It was amazing to watch as the students immediately made efforts to incorporate the phrases Jean had introduced to them. The discussion was peppered with “so you’re saying that….” “I agree with you, but also think….” “another example of that would be….”

The discussion they had was incredible. There was a clear improvement over the discussions I’d seen in the past. For the first time, almost everyone in the class spoke up. Students actively listened to each other and built on each other’s thoughts, making the discussion more student-centered, rather than teacher-directed.

The chart stayed up for the rest of the year as a point of reference. Whenever students reverted to their old habits, Jean only needed to point at the chart to remind them before they got back on track.

The life skills that we weave into our teaching are some of the most important lessons we can give our students. Years down the road they may not remember the details of 1984, but they will remember how to actively listen and make their point in a discussion.