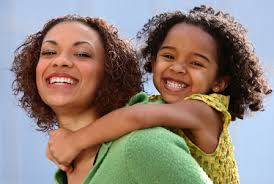 This is a guest blog by the Teaching Experiment’s editor, Kenza Moller. Kenza is a psychology major who has studied the positive and negative effects of praise.

Thanks to research in child psychology in the past few years, parents are catching on to the message that physical punishment is damaging to their kids. In 2006, the United Nations called physical punishment ‘legalized violence against children’ and it is now illegal in over 30 countries. Research shows it has been on the decline since the 1960s, and as spanking and hitting your children becomes less acceptable in society, we’ll likely see that downward trend continue.

However, parents now tend to swing in the opposite direction by showering their kids with praise. It’s seen as both a motivational tool and a self-esteem builder. The truth of the matter, though, is actually quite different.

For children who are young, malleable, and seeking approval, verbal praise is the ultimate gold sticker. Parents might think this is a good thing: if they praise their children for acing an exam, winning a race, or cleaning up their room, then their kids will continue behaving in these positive ways. And wasn’t that the goal in the first place?

However, as Alfie Kohn writes in Five Reasons to Stop Saying “Good Job!”, ‘Rather than bolstering a child’s self-esteem, praise may increase kids’ dependence on us… kids come to rely on our evaluations, our decisions about what’s good and bad, rather than learning to form their own judgments. It leads them to measure their worth in terms of what will lead us to smile and dole out some more approval.’ And while that mentality might be helpful in getting children to put their toys away, it is ultimately damaging – children end up becoming ‘praise junkies’ who rely on others’ approval to make decisions.

Research has also shown that students who receive too much praise from teachers become less sure of their answers, and abandon their ideas as soon as an adult shows disapproval. Children who are rewarded with praise also tend to lose interest in activities once the praise disappears (which it eventually does). These kids chase things for the external reward of “well done!” or “you’re so talented!” rather than the intrinsic joy they feel from doing a job well or solving a problem.

So what’s the alternative? “Unconditional support,” writes Kohn. “’Good job!’ is conditional. It means we’re offering attention and acknowledgement and approval for jumping through our hoops, for doing things that please us.” Here are some suggestions for supporting children without damaging their internal motivation: