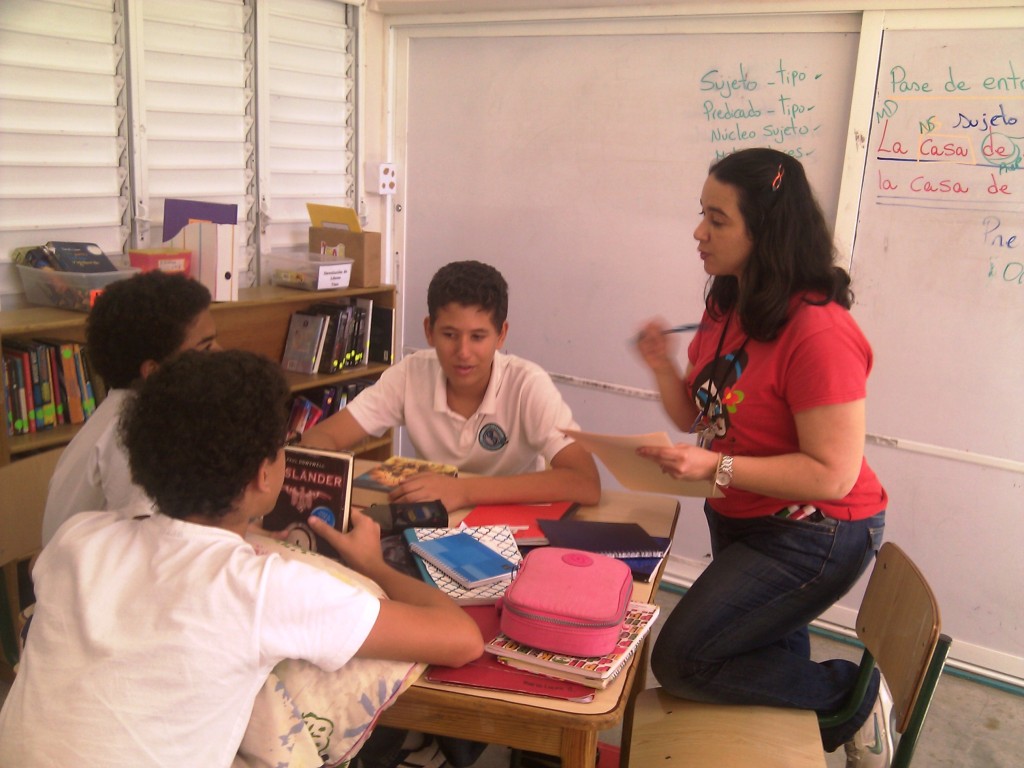 Last Monday, Ylonka – our 7th grade Spanish Language Arts (Lenguaje) teacher – came into my office holding a pile of notebooks and wearing a huge smile as she said, “Carla, It works!!”

The Friday before, in our professional development meeting, we’d discussed changing the way we assess students and handing the reins over to them (you can read about that here). Ylonka is the kind of teacher who’s willing to try anything that makes sense to her – she grabs onto a new idea and runs with it, enthusiastically and wholeheartedly. And this was no different – she’d been up till midnight on Sunday night working the kinks out of her lesson plan, and on Monday she jumped straight into it. She told me all about her lesson and the amazing experience she’d had with her kids in 7A, so I watched her teach the same class with 7B. This is what she did and how her kids reacted:

Ylonka started the lesson by explaining to her students that when she evaluates their reading homework, there are a series of criteria that interest her. She asked them to tell her what they thought she looks for in each of three types of assignments: stop ‘n’ jots (reacciones), extension (ampliación), reading response (repuesta a la lectura independiente). They began by talking about what Ylonka expects in their stop ‘n’ jots. On the board she quickly wrote down her students’ ideas. They said things like: the date, the page number, the title of the book, a minimum of 3 reactions, short/no description, and including emotions/opinions. Then they move onto the next type of assignment. It’s obvious that the students know what she looks for.

Next, Ylonka explained that they’d find 3 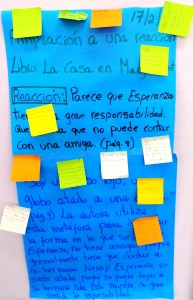 assignments hanging on the walls. On a post-it notes, students were to grade the assignments and explain why they gave the grade they did. Students moved from assignment to assignment, reading, thinking, and evaluating the work they saw. Several of them hesitated on the actual grade they’d give, saying “This isn’t that easy….” One student said to Ylonka, “It’s kind of hard to grade this. And you have to grade all of our work and make comments for all of us?!?” When they were done, Ylonka lead them in a discussion of the work. The students had no difficulty pointing out the strengths and weaknesses of each assignment – however, they had a harder time deciding what grade to give them.

Finally, Ylonka asked them to take out their reading notebooks. She told them that they were now going to evaluate the last two pieces of work they did in reading – one was a series of stop ‘n jots and the other was an independent reading response. They were to give themselves a grade and a reason for the grade. Afterwards, she would read the work and tell them if she agreed or not with the grades they gave themselves. 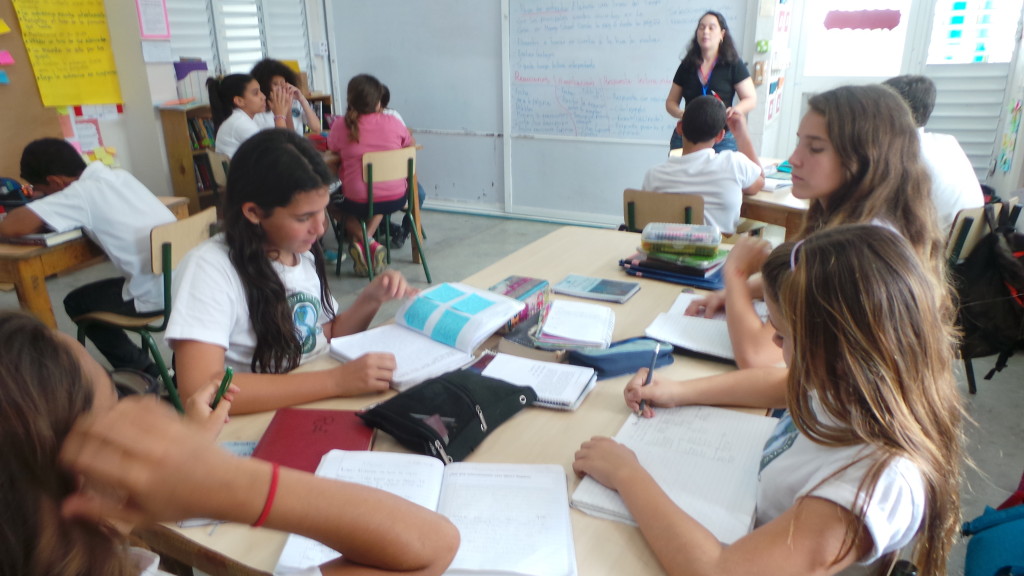 Afterwards, in looking through the notebooks, Ylonka was amazed. She had several observations:

By having students grade their own work, we’re teaching 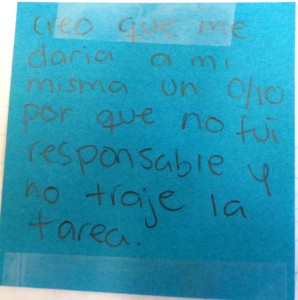 them the very important skill of self-critiquing. Once they can see where they’re weak, they can begin to make improvements. Students also  learn to take responsibility for their work as we see in the post-it to the right in which the child has written, “I think I would give myself a 0/10 because I wasn’t responsible and didn’t bring my homework.”

Changing the way we assess puts the important work into the hands of our students. They take ownership of their learning and begin to judge their own work, becoming much more motivated to do a good job. Teachers work less. students learn more, and everyone is more excited about classes – a win/win situation!!