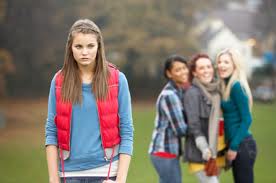 Scenario 1: Jane is an average girl in seventh grade – she does well in school; is cute but not stunning; is a bit shy but will participate in class. For some reason, a group of “popular” girls has decided to shun her. They whisper about her behind her back and roll their eyes every time she participates in class. Soon, everyone in class joins in: no one will sit at her table, she’s not invited to get-togethers or sleepovers, and she sits alone at lunch time. She tells no one what is happening to her. 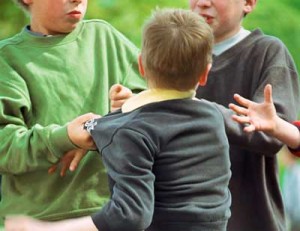 Scenario 2: Doug is new to the school and has entered fifth grade. He’s smaller than most of the other kids in the class and a bit of a know-it-all. He tries to make friends by playing the class clown. He is quickly rejected by everyone and the class bully begins to pick on him viciously. The boys in the class rally to the bully’s side…. they sing nasty songs about him, rip up his homework, steal his lunch, and trip him every chance they get. Soon kids are uploading ugly pictures of him to Facebook and writing derogatory comments about him online. Doug talks to his parents about the problem. He tells them he has no idea how this started and is too frightened to come to school. His dad steps up to the plate, marches onto the school grounds and threatens the kids in his class. Things only get worse for Doug.

Much of this type of bullying is done secretly and quietly. Teachers may not even notice it going on. But if they do see what’s happening, they often feel at a loss as to how to help the victim. If they step in and do something, they’re afraid the victim will be seen as the “teacher’s pet” and things will get worse. Bullying is clandestine and hard to prove – teachers are (justifiably) afraid to accuse the bully without concrete evidence, so they’re hesitant to get involved. Often they’ll choose to turn a blind eye and hope things will get better.

But usually, things don’t get better. They tend to get worse.

So, what can schools do about this growing problem? Many schools decide to invite a speaker in to talk to the kids about bullying, its effects, and why they should be nice to each other, hoping that after the presentation, things will improve. Although this sort of Band-Aid may make everyone feel good for a time, within a few days the effect has worn off and things are backed to normal.

It’s not enough to simply treat bullying when it occurs. We need to proactively work against it on several levels, taking strong preventative measures before bullying happens, such as educating everyone (teachers, parents, and students), actively teaching empathy and understanding to our students, and having protocols in place to handle bullying as soon as we’re aware that it’s happening.

Dealing with bullying is not a one-shot deal. It’s a multi-pronged effort that must go on constantly in schools. Everyone must be aware of the dangers and keep an eye open for it. The occasional speaker who comes in to talk about bullying is a great addition to a strong anti-bullying program, but it can never be the sole answer to the problem. Bullying won’t disappear completely, but when teachers, parents, and students consistently work together, they can make an incredible difference.