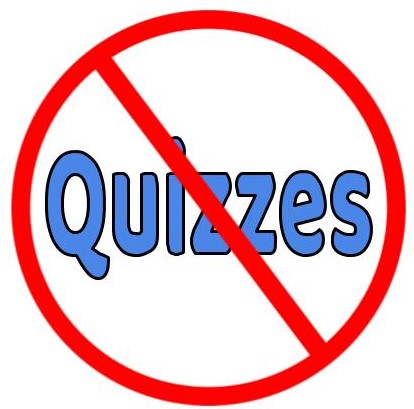 I’m not very proud of what I’m going to write, since I can’t believe it took me so long to learn this lesson.

In my Language Arts class, for the most part, I don’t use tests and quizzes for assessment. Instead, I look at students’ work to see which skills they’ve mastered. For instance, when I’m teaching them a “coming of age” novel, I can measure students’ reading comprehension through their ability to discuss the text and analyze it. I can also assess their deeper understanding of the genre when they apply what they’ve learned to writing their own coming of age story.  I believe in assessing mastery through application.

But I have a confession to make: for 30 years now, I have given vocabulary quizzes. And for at least the last 28 years, I’ve been very aware that they don’t work. Only a handful of kids walk away “owning” the words I’ve quizzed them on. Most of them forget them shortly after the quiz. Once, after giving a quiz on which all of the students scored 85 – 100%, half an hour later, I gave them each an exit slip with one of those words to define or use in a sentence. Only two or three of them were successful. When I asked them why, they responded, “You didn’t tell us we’d have to remember them for the exit slip.” Classic memorizing for the test.

But (and this is what embarrasses me)… I did not change. I just continued to do the same old thing.

Recently, however, we were forced to adopt virtual learning — and along came the impossibility of giving a traditional vocabulary quiz. This was the catalyst I needed to make a change.

I decided to do two things:

I wondered why students were actually internalizing the vocab words and beginning to use them in their oral comments and written work, when they only doing one short assignment per week.  As this didn’t seem to be anymore work than studying for a vocab quiz,  shouldn’t they be forgetting them just as quickly?  So I asked them and this is what they said :

I’m so impressed with the learning that’s going on. When we go back to the “normal” classroom, you can bet I won’t be giving traditional vocabulary quizzes ever again!

I’ve heard many teachers say that online teaching has required them to change the way they assess. I’d love to hear what you’ve done and how it’s impacted your students’ learning.

One month ago, I thought that my time in this insane asylum was going to be ephemeral, that this global disaster was going to be forgotten like dreams and that I would be able to resume my entertaining everyday activities with my peers. Instead, I am surrounded by shelves with magazines, cook books, study handbooks and anachronistic encyclopedias, throwing everything I have in mind on this piece of paper, thinking about my family members and trying to avoid some things that I am being told, just to prevent my fuse from going off. My mind is free from qualms, but I am impatiently waiting to break free. Yes, I could do that right now, I could go out and go for a walk at the botanical garden, eat an entire 8 slice pepperoni pizza – since my taste buds are forgetting its addictive flavor – or get soaked at the beach and admire Mother Nature’s paintings of the sun playing hide and seek while the moon looks for it. I wish I could do those things, but this fiend turned the boisterous streets into morbid ghost towns and is keeping us locked in our cells and won’t give us the keys.

The Monster Hunting Boys Club sneaked past bedrooms, skipping over the squeaky spots under the carpet so they wouldn’t disturb the parents behind the doors.

“Guys, I don’t know if my mom would want us to be outside this late at night. It could be dangerous.” Eli’s qualms threatened to severely disrupt Joshy from continuing the mission he had meticulously planned out.

“Eli, I don’t think your precious mother will be bothered if we save this town from that morbid creature disturbing everyone’s sleep. Do you?” With a sly smile, Joshy primped up his oversized raincoat’s collar and opened the front door.

“Yeah, Eli it’s not like a couple of shadows and rustling leaves could hurt your weak little body. Now can we get this over with so I can get some sleep?” Jax rolled his eyes, skeptical of the possibility of the existence of such a terrifying being as Joshy described.

“Jax stop making such a fuss about this situation I don’t think you want to be on my bad side. Now come on let’s go before The Midnight Owls foil our rescue mission again.”